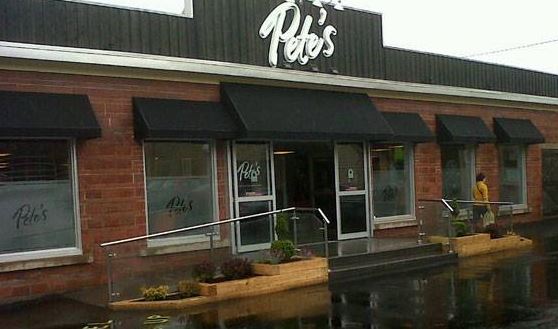 Pete’s Wolfville to close in N.S.

Three years after first opening on Main Street, Pete’s Wolfville has announced plans to permanently close its doors at that location.

Despite the company’s efforts to secure a foothold in the Annapolis Valley, the fully renovated 12,000 square foot space has struggled to capture local customers.

Chief Operations Officer Dianne Hamilton expressed her disappointment at the outcome and explained the company’s decision to concentrate on the continued growth of the Halifax and Bedford stores.

“We’ve been working for several months to re-develop a model of our company that works for Wolfville.  Unfortunately, despite our best attempts and the dedication of our incredible employees, we just didn’t see results that would allow us to continue down that path.  Those resources are better spent enriching our other locations.”

Hamilton acknowledges that Pete’s is under constant pressure to compete for shoppers within a fiercely competitive grocery landscape.

“The grocery business is alive and well in Nova Scotia.  As an independent grocer we are always adjusting to suit the market, and at the same time we have to be true to our roots, providing customers with the top-notch service and products they expect from Pete’s.”

Owner and valley resident Pete Luckett says the decision was not made lightly.

“It’s heartbreaking. We saw the potential to bring the Pete’s experience to the Annapolis Valley, to celebrate the best of the region, to contribute to the area’s economy. We’re a leader in the food business in the Maritimes, and we know what works – right now, as tough as that decision has been, that means closing the chapter on the Wolfville store and putting a real focus on our other locations.”

Pete’s has received several awards since opening its first location as ‘Pete’s Frootique’ in Bedford in 1992, including a recent induction of Pete’s Halifax into the Canadian Federation of Independent Grocer’s Hall of Fame for continued excellence.

Pete’s employs approximately 400 employees across its multiple stores, including 50 full and part-time staff at the Wolfville location until its closure at the end of May.