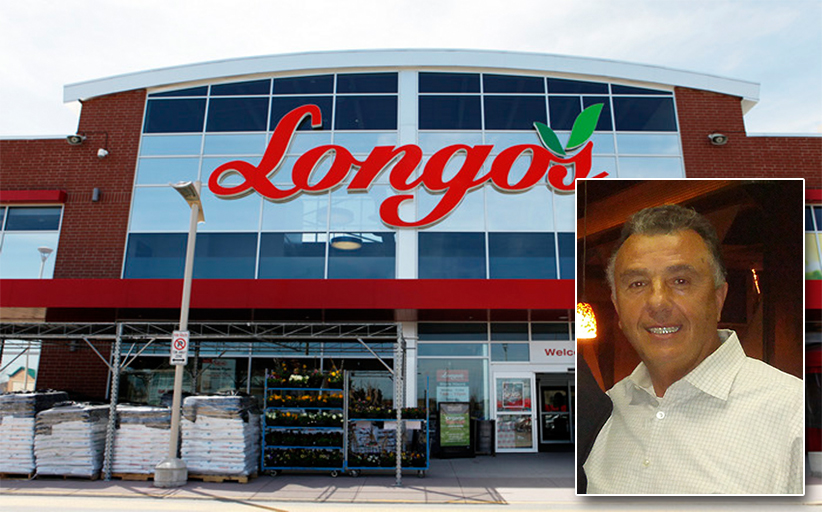 The annual award is presented by the Food Industry Association of Canada and recognizes efforts of both buy and seller in developing and improving the Canadian food industry.

Longo’s is a family-owned Canadian organization that started in 1956 when three brothers, Tommy, Joe and Gus opened their first fruit market.

It was a small 1,500 square foot store on Yonge Street (at Castlefield) in Toronto. The family maintained a commitment to providing customers with the best fresh food experience possible. All these years later, this philosophy remains the heart and soul of our company.

Gus Longo’s brother Joe died in 2008 and Tommy in 2011; today the business is being carried on by the third generation . In total there are 17 members of the family, including spouses, working full time in the company.

The third generation has begun working its way up the company ladder, without it seems, getting into the kind of nasty family arguments that can ruin an empire.

Today, Longo’s operates full service grocery stores across the GTA as well as www.GroceryGateway.com, the leader in online sales of home-delivered groceries. Longo’s employs more than 5,000 team members and offers an environment where people have the opportunity to be the best that they can be.

Along with Gus Longo, Jean Gattuso, Preisdent and CEO at A. Lassonde, and Art Smith Founder and CEO of GS1 Canada will be awarded the Golden Pencil.

All three recipients will be feted at the annual event on Monday,  November 23 at the Fairmont Royal York Hotel in Toronto.

Tickets can be purchased online at: www.goldenpencilaward.com