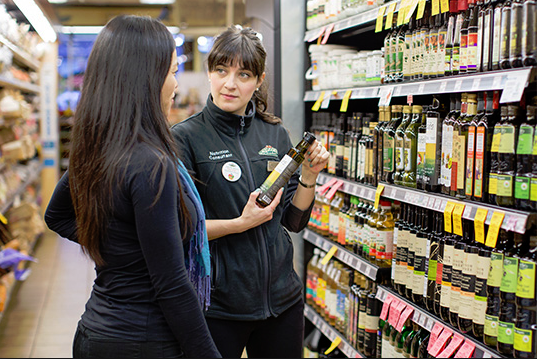 IGD’s Stewart Samuel outlines the five trends sets to shape the Canadian grocery sector over the next 12 months.

1. A challenging economic backdrop driving a flight to discount

While the impact of lower oil prices is already being felt in Alberta, with rising unemployment and lower house prices, other provinces may not remain relatively immune to this in 2016. With a lower Canadian dollar, high consumer debt levels, stagnant economic growth and a stock market which ended the year 10% lower, consumers have a number of reasons to be more cautious. The weaker dollar will also continue to keep shoppers focused on seeking out the best value in the year ahead, and could drive a stronger flight to discount formats.

2. Continued reinvention of the supermarket

Whether it is Loblaw with its ‘Inspire’ formats, Metro’s ‘Innovation’ concepts or Sobeys re-developing its supermarket estate in line with its ‘Better food for all’ strategy, grocers in Canada are producing incredible supermarket formats. In addition to creating more experiential formats using store design to delight and inspire shoppers, retailers are placing an enhanced focus on fresh foods, making a step-change with foodservice and developing their stores as health and wellness destinations. This has proved to be a successful strategy over the last 12 months, and we expect to see a number of innovative new stores launch this year.

3. Pushing ahead with grocery ecommerce

At the same time as developing their in physical formats, the major retailers are also expected to continue investing in their grocery ecommerce operations. Last year saw significant developments from Loblaw, which extended its click and collect initiative to western Canada, Walmart which launched a test of grocery ecommerce operations, and Sobeys which re-platformed its online service in Quebec. Expect to see retailers build on this, extending the reach of existing operations, while others are set to start testing their own initiatives. This will help to drive consumer awareness of click and collect services and help to grow the channel. New start-ups will also continue to make their presence felt through applying new technologies to develop convenient solutions for shoppers.

Winning with the ethnic shopper sector remains an important growth priority for the major grocers in Canada. Over the last 12 months they have continued to make progress in this area, with Sobeys developing its South Asian inspired concept, Chalo! FreshCo, Walmart partnering with Al Premium to improve its offer as part of its ‘Store of the Community’ program in Scarborough, and Loblaw and Metro continuing to expand their dedicated formats, T&T and Marche Adonis, respectively. However, independent operators remain a significant force in this segment of the market, and particularly their ability to localise their offers. Watch for further partnerships which could support the major retailers with their ambitions in this space.

5. Positioning the grocery store as a healthcare centre

Focusing on health and wellness and helping shoppers eat more healthily are embedded in the strategies of the major retailers. Various initiatives are already reflected in store format developments, including the integration of pharmacists, in-store dietitians, cooking schools and health tours, along with the increased focus on fresh foods. However, new technologies in this space, particularly wearables and the rich data which is generated, are helping many consumers to adopt healthier lifestyles and seek out better-for-you products. Look for retailers to start engaging with shoppers in new ways around health and expand the range of related products and services which are offered.