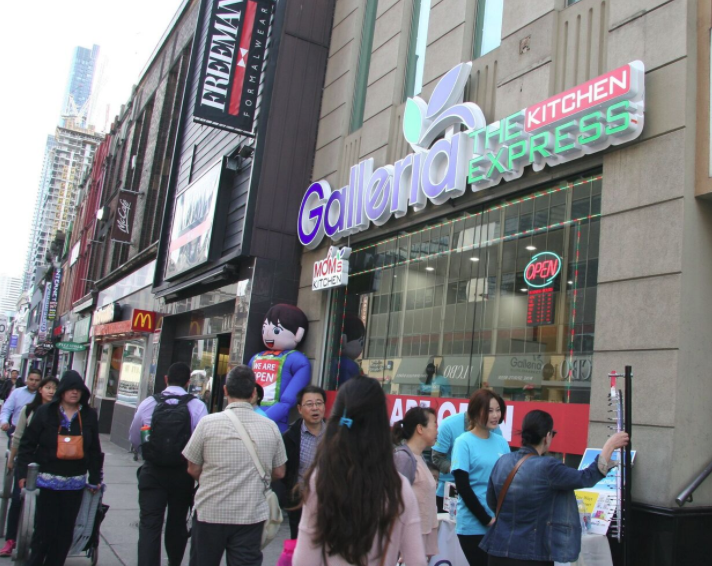 The idea is to bring taste of Korea to the core of the city so that everyone can easily access and enjoy Korean food, regardless of their lifestyle and ethnic backgrounds. The store’s prepared food section is full of different kinds of just like homemade Korean food, freshly made from the kitchen, in a variety of packs and sizes.

“Now, Korean food is for everyone” said Chris Heo, the store manager, “Galleria Express will provide a unique chance to try authentic Korean food to those who have never tried it before, as well as home comfort food to cure homesickness to Koreans”. Living in a busy city, customers can grab a small pack of sushi or sandwich for breakfast or lunch, or ‘Mom’s Chicken’, the store’s iconic Korean-style fried chicken to pair with their favourite drinks. Not just fresh and easy, the store offers healthy dishes such as bibimbap, the well-known Korean-style mixed rice, and Kimchi, world’s beloved fermented superfood. Popular Korean street food such as fish-shaped red bean waffles(bung-eo-ppang), spicy rice cakes(Tteok-bok-ki), fish cake soup(Eo-muk-tang) are also available as well as Snowbowl shaved ice (bingsu). 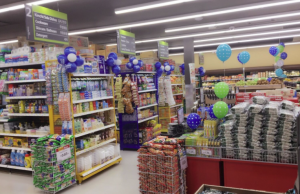 Though small in size compared to its other branches, this 4,800- sq.-ft. store boasts a wide selection of snacks, spices, noodles, beverages and non-food merchandise. Especially with growing interest in Korean food across Canada, Galleria Express is now ready to serve the customers a high quality fresh ingredients and prepared-food. Meanwhile, the other downtown store, located at Bloor West/Huron, has been opened since July, 2017. 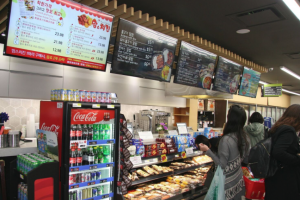 In celebration of the store opening, a lucky draw event is going on until October 15th where 10 customers can win iPads with the purchase of over $20 at any downtown Galleria Express store.

A variety of online events are also taking place with prizes such as Galleria gift cards. Mom’s chicken meal coupons are also being offered as prizes across all of Galleria’s social media platforms e.g. Facebook, Instagram, Kakaotalk, and Wechat.

Following the opening of Oakville store last December, Galleria intends to expand to more locations to meet the constantly growing market demand in Korean food segment in more part of the city. Located in the heart of the downtown, this brand-new Galleria Express will actively respond to growing interest in Korean food culture as a leading Korean food ambassador.