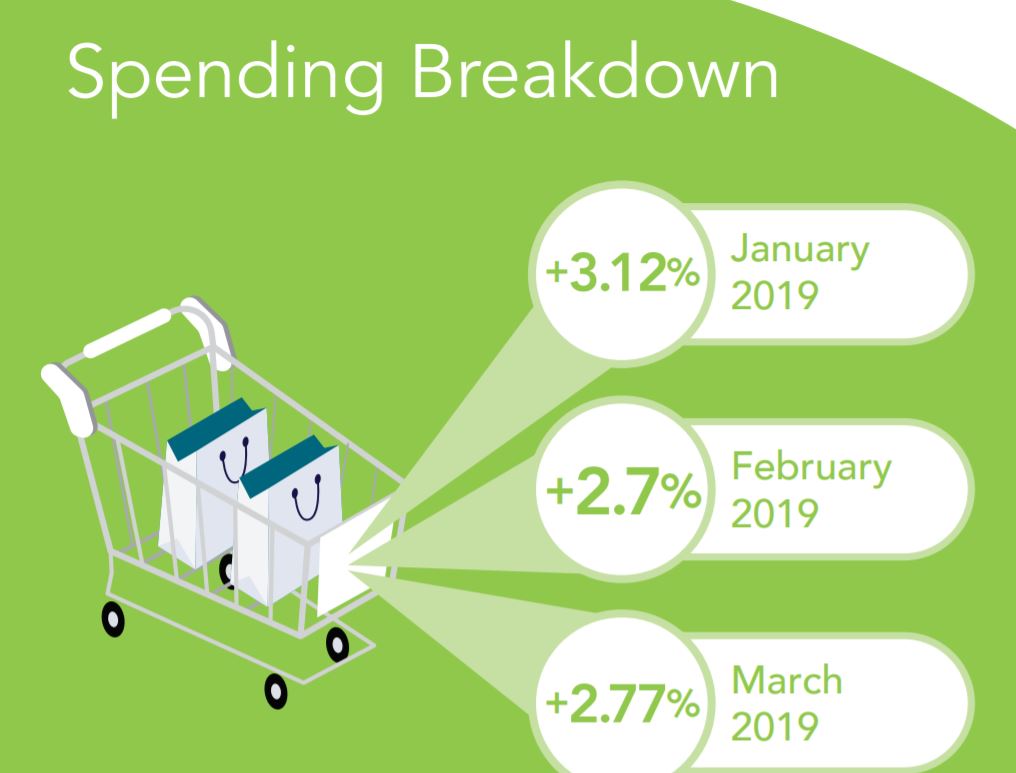 More Than Half of All Q1 Card Present Transactions were Contactless

Toronto, ON – April 16, 2019 – For the first time, contactless accounted for the majority of card present transactions in Canada according to the MonerisMetrics Quarterly Report released by Moneris Solutions Corporation (“Moneris”).The first quarter of 2019 saw contactless growing nearly 25 per cent year over year to account for 51.5 per cent of total transactions. Overall credit and debit card spending saw moderate growth of 2.5 per cent.

“Consumers want to get through a queue quickly, so a fast, simple payment experience is what they’re looking for,” said Angela Brown, President and CEO of Moneris. “It’s never been easier for businesses to start accepting payments via tap. With more banks supporting digital wallets and more devices supporting tap to pay, it’s not a surprise that we are seeing contactless transactions surge. Whether it’s tap-enabled cards, mobile devices or wearables, Canadians have clearly embraced the tap and go experience.”

“While overall growth remains positive, we’ve definitely seen consumer spending slow in early 2019,” said Brown. “This change is consistent with the trending we saw in 2018. However, consumers also appear to be investing in experiences instead of goods in early 2019.”

One of the key highlights in the first quarter spend has Canadians investing in theatrical productions (+34.1 per cent) and planning their outdoor activities by booking camp sites and trailer park (+22.6 per cent) spots for 2019.

Canadians who didn’t want a shoveling experience invested more in landscaping services (+11.4 per cent) in the winter months as many provinces and cities saw significant snowfall. Another common and expected trend in Q1 was an increase in business for accountants and auditors (+11 per cent) and tax preparation services (+9.3 per cent) as the tax season began.

Please see infographic for highlights, including top categories and spending by province.

Moneris is Canada’s largest provider of innovative solutions for mobile, online and in-store payments, processing more than one in three transactions. Serving businesses of every size and industry, Moneris offers hardware, software and solutions to help transform the way businesses grow and operate, in payments and beyond.