Home CFIG in the news Galleria Supermarket participates in Canadian National Exhibition – Being the First Korean Supermarket in CNE History. 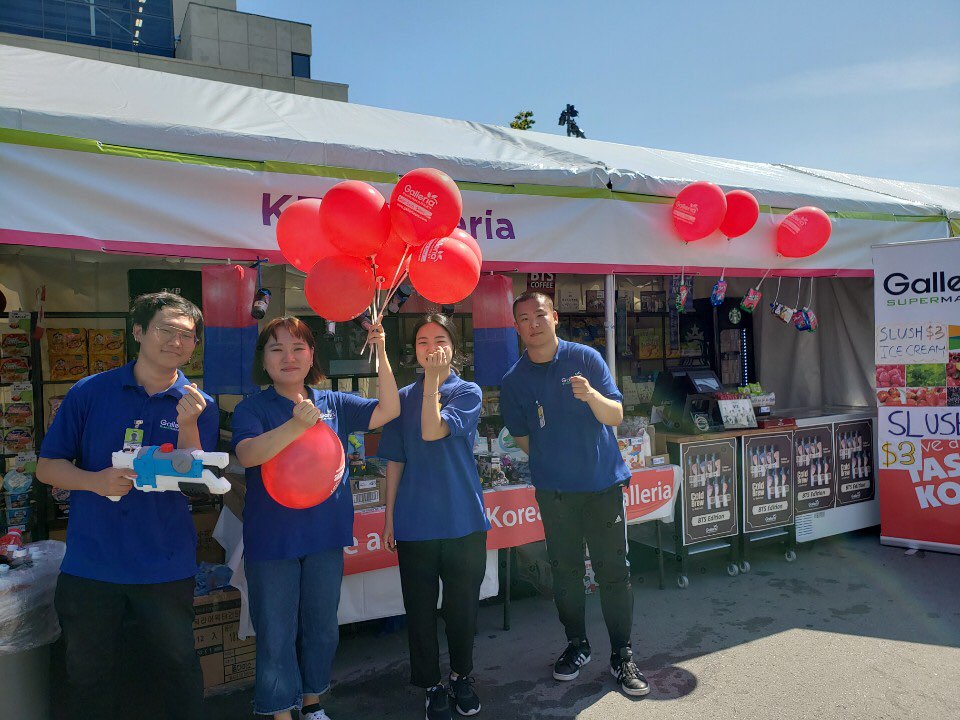 At the CNE, most widely-shared products on Youtube and Instagram such as BTS featured coffee and facial masks, as well as Samyang hot chicken noodle, again and again turn the crowd on. It is worth noting that three kinds of Kimchi (regular, White, and Radish Kimchi) made by ‘THE KIMCHI’ and the Korean Seaweed snacks made by Korean brands such as CJ and Paldo were sold well enough and soon went out of stock due to the unexpected popularity.

Jeffery Min, the CEO, said, “There were still some locals who are new to Korea, but it is such pleasant knowing many local communities already know about Korean products and culture, and even merrier to see they are open to know more. ”, “It is very meaningful that Galleria participated in one of Canada’s biggest festivals, we will continue to do our best to play a leading role in promoting Korean products and culture. “

The CNE offers a variety of amusements such as rides, air shows, music performances, animal shows, and a diversity of food, CNE is Toronto’s largest event, attracting 1.5 million visitors each year. CNE held between 16th of August and 2nd September in downtown Ontario Place and celebrated the summer of 2019.