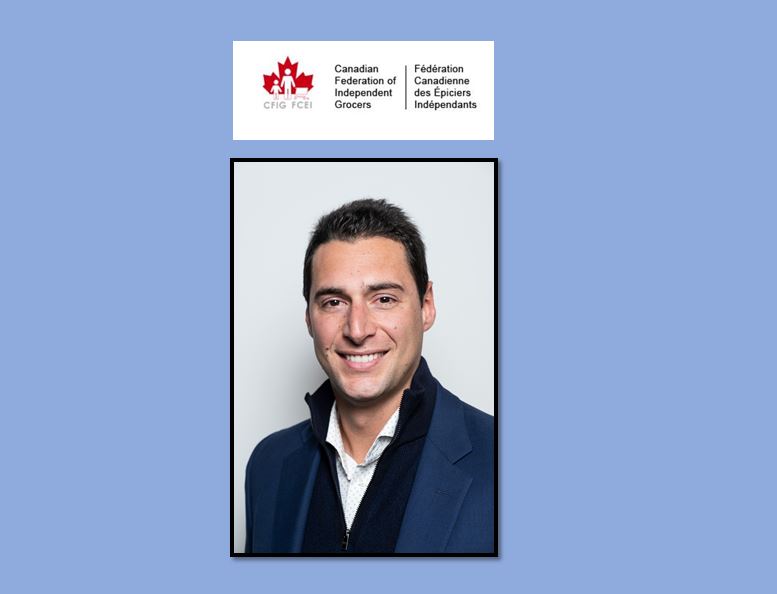 Greco started working at the stores at 11-years-old part time, and has worked in almost every department growing up while in high school. After high school, Greco attended Queen’s University and graduated with a bachelor honours degree in economics.  He now works full time in the stores, in more managerial positions. “I now do all of the produce buying for both stores at the Ontario Food Terminal 4 times/week while working very closely on day-to-day operations,” says Greco.

As a member of the CFIG’s board of directors, Greco will be working alongside industry leaders on common issues such as a code of conduct for the industry, a push to further reduce credit card interchange fees and support changes in the sale of beer and wine in Ontario that do not put independents at a competitive disadvantage.

Behind our success lie tradition, quality, and freshness. The tradition began back in the 1930’s when Joseph Greco who immigrated to Canada from Italy opened a fruit stand on the Danforth, in Toronto. His legacy for quality produce of the highest caliber became renowned and to this day remains the core of our philosophy. We only sell the freshest fruits and vegetables available.

His grandson, President and Produce Buyer, Joe Greco visits the Ontario Food Terminal four times a week to hand pick the produce, ensuring customers always have the freshest fruits and vegetables to choose from. The tradition continues, as Anthony Greco, joins his father and becomes the fourth generation to ensure the continuing success of the family business.

Today the two locations, Concord Food Centre in Thornhill, and Oak Ridges Food Market in Richmond Hill, are committed to taking great care to purchase, produce, and present the finest, freshest, grocery, meat, produce, deli, bakery, and prepared foods. Each department offers a wide selection that caters to the conventional and natural food shopper. Our Choose Wellness program is dedicated to highlighting some of our more natural products to help promote a balanced lifestyle. http://www.concordfoodcentre.com/

About The Canadian Federation of Independent Grocers

The Canadian Federation of Independent Grocers (CFIG) is a non-profit trade association founded in 1962, which continues to be a collaborative community, equipping and enabling independent, franchised and specialty grocers for sustainable success. CFIG is the strong and united voice for the independent grocery retailers to Industry and Government across Canada.  CFIG also provides programs that support operational excellence while fostering solid relationships among retailers, distributors and suppliers. For more information, visit www.cfig.ca.