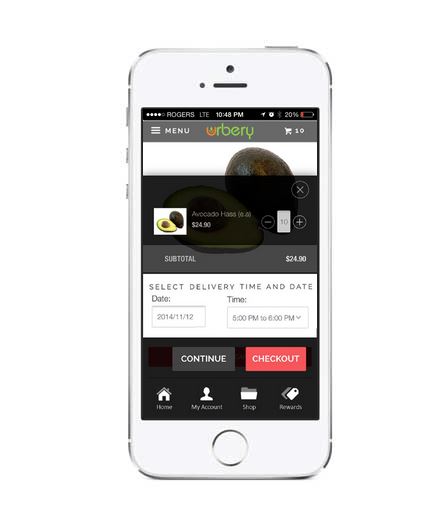 With the e-commerce market in Canada estimated at $30 billion this year alone, it’s no surprise that tech start ups are looking at the grocery sector for opportunities.

Take Instabuggy, whose co-founder Julian Gleizer, said in a TechVibes report that he came up with the idea for his service when his father was ill and thought it would be great to be able to order products and get them delivered to him.

Instabuggy launched in Toronto in early April, and it offers grocery delivery in one hour. The delivery app uses their own drivers to pick up the “pickers,” and crowdsourcing.

There’s also Urbery that uses the crowdsourcing model to connect their “grocery gurus” to consumers, said the TechVibes report.

Urbery offers delivery under two hours, and founder Mudit Rawat said in the report they “work with the retail community to provide blended prices.”

He says this option makes it cheaper than traditional grocery shopping. In future, Rawat is looking to get the right licenses to deliver alcohol.

“It economically never made sense for grocery companies like Loblaw or Sobeys to actually build this because it’s quite expensive to build their own fleet and logistics, and also figure out how to make money off of this business,” Rawat told TechVibes.

Ethnic grocers serving Canada’s multicultural shoppers will also have options to get in on the action. Startups like Cartly, for example, provide a platform that gives South Asians the ability to get delivery from their local South Asian grocer – a service that is common in their home countries, said a report.

Experts say that the grocery industry benefits from these types of tech startups as they want to work grocery stores. Instabuggy’s platform for example, integrates both on the consumer’s end and the retailer’s end seamlessly.

Most agree that the opportunity lies within dense urban downtown areas where young professionals, millennials don’t have cars and spend a lot of time at work.