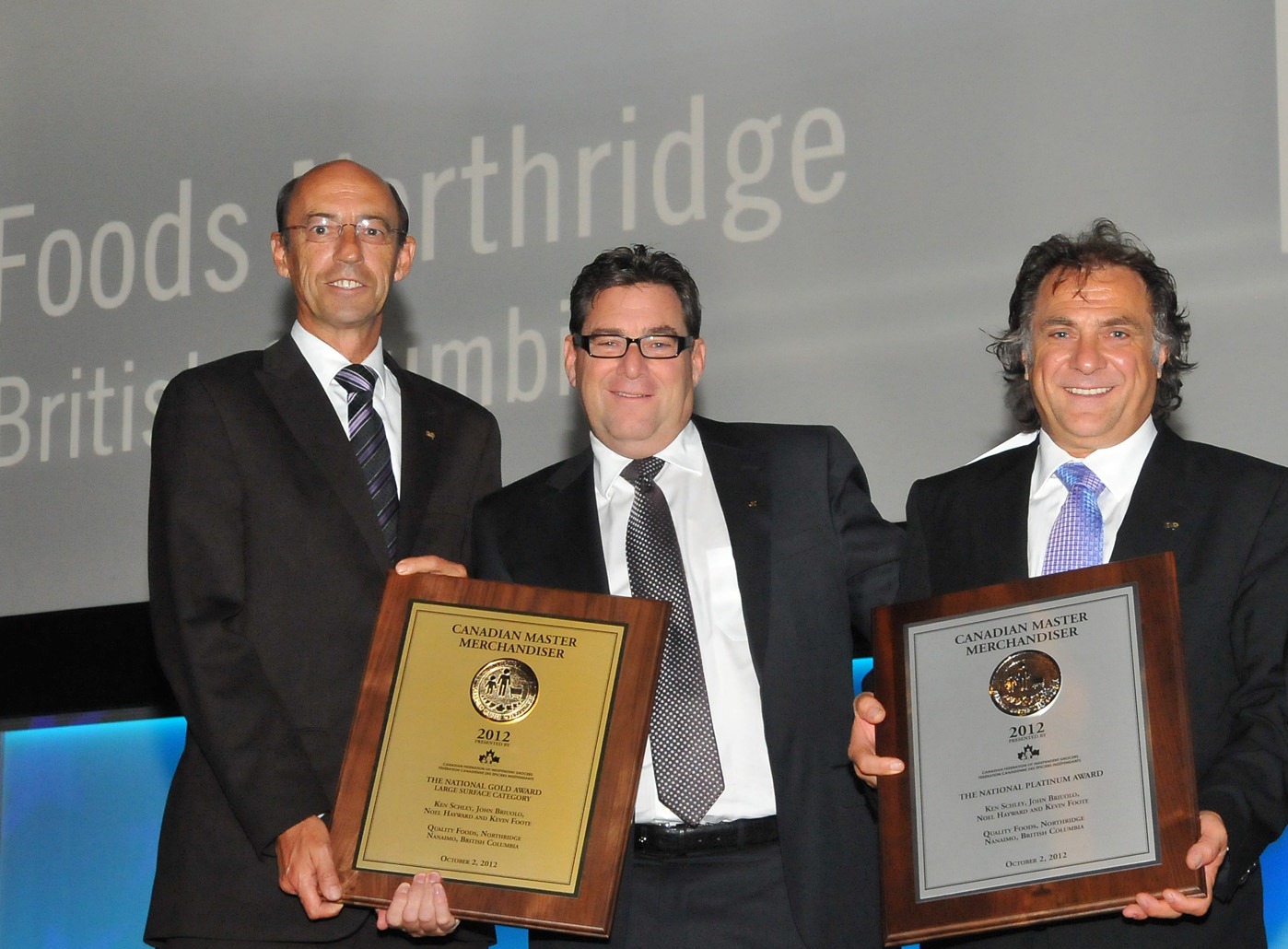 TORONTO: August 11, 2014. . . Scott Mitchell, Chair of the Canadian Federation of Independent Grocers (CFIG), Thomas A. Barlow, President and CEO, and the CFIG Board of Directors are pleased to announce Ken Schley, Noel Hayward and John Briuolo of Quality Foods in Vancouver Island, B.C., as the 2014 recipients of CFIG’s prestigious Life Member Award in the Independent Grocer category.

Today, their stores are known as Quality Foods and have integrated the phrase “an Island Original” into their communications. “We are one of a very few grocers who continue to be island owned and grown,” said Schley.
From the beginning, the three partners focused on customer service and store design, combined with exceptional merchandising and leading-edge technology. Community involvement was also a secret to their longstanding success in the neighbourhoods they serve. For instance, one of its most successful annual events, attracting upwards of
3,500 visitors a day, is its annual Quality Foods Canadian Open Sand Sculpting Competition that began in 1982.
Quality Foods has also been on the forefront of technology having launched the country’s first electronic loyalty program called the Q-Card in 1991, followed by full online shopping service in 1997. The retailer also has its own app that helps customers keep tabs on their Q-Card points and save money.

“The Quality Foods story is one of inspiration, perseverance and collaboration between partners,” said Tom Barlow, president and CEO of CFIG. “By staying focused on what their customers want and giving back to the communities in which they operate, Quality Foods personifies what makes independent grocers a vital part of the Canadian social fabric.”

Today, Quality Foods has grown to 12 stores, with just under one thousand full and part time people.