LAS VEGAS– Alberta’s Freson Bros. of  came away with some big hardware at the recent National Grocers Association conference in February.

The Watermelon Fest took place August 1-2, 2014 and featured sampling, a watermelon eating contest, and games. Plus the Watermelon Queen visited stores. Radio, newspaper ads, together with flyer promots, in-store signage and social media were all part of the marketing campaign.

As well, Freson Bros. was the only Canadian grocer with an entrant to the exciting and competitive “Best Bagger”competition. Tristan Oberg competed against the top American baggers.

The annual conference for the association that represents independents in the U.S. was held February 8-11, 2015, at the Mirage hotel in Las Vegas.

The show was well represented by Canadian Federation of Independent Grocers’ members.

Brad and Janey Scott, of BJ’s Market, in Delaware, Ont., were the lucky grand prize winners of a free trip at the 2014 Grocery Innovations Canada held in Toronto last September. 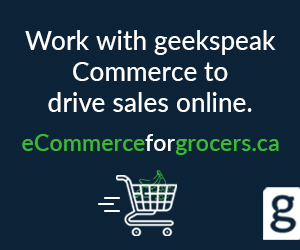 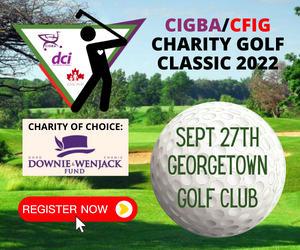