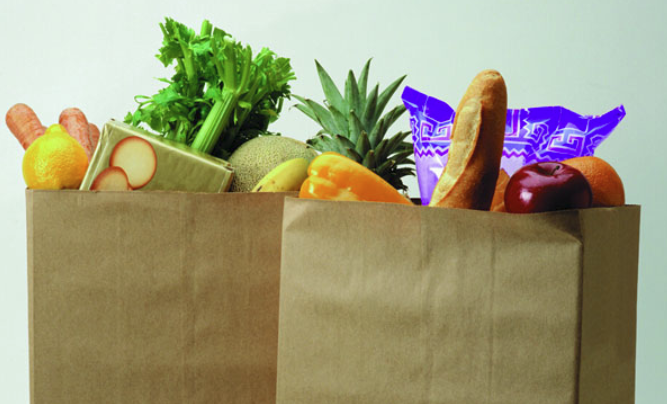 Across the board, retailers had a rough go of it in 2017. The tumultuous year was marked by store closures (so long, Sears Canada!), changing consumer expectations and behaviours, rapidly-evolving technological advancements and, of course, the looming threat of Amazon and what it might do next.

Contending with all of the above pressures—along with unprecedented competition, oh, and let’s not forget a lingering price war—Canada’s grocery retailers also had a less-than-stellar year. Still, our annual Market Survey, based on Statistics Canada data with estimates from Canadian Grocer, reveals that despite all of this, the nation’s traditional grocers managed to squeeze out a 1.4% increase in total sales over the previous year. All tallied, traditional grocers rang up sales of $95.8 billion in 2017.

But how well grocers fared in 2017 really depended on where they were doing business. Once again, the survey revealed significant regional disparities. Ontario, for instance, led the pack with sales growing by 5.8% in 2017, while British Columbia saw a 4.2% increase. Quebec, which enjoyed the biggest sales increase in 2016 (2.7%), saw its sales grow by 2.6% last year.

In other areas of the country, however, the sales figures tell a less encouraging story. In Atlantic Canada, total grocery store sales plunged by 9.1%, the result of store closures, a slow economy and competition from non-traditional food stores. In Alberta, grocers’ woes also continued and sales slumped by nearly 7% as the province struggled to emerge from a recession. On a bright note, things appear to now be turning around for the beleaguered province, with the Conference Board of Canada reporting that Alberta’s economy is growing again, thanks to rising oil production and increased drilling. We’ll have to wait and see if this good news will translate to better sales this year for the province’s traditional grocers.

Not included in this analysis are food sales through mass merchandisers, warehouse clubs, drugstores and specialty stores. But growing sales in these channels continue to impact traditional grocers’ bottom lines. CIBC Capital Markets estimates Walmart’s food and grocery sales have increased 4% year-over-year, while Costco’s are up 12%—considerably better than the 1.4% growth experienced at traditional grocery.Canadian Grocer’s Market Survey looks at sales generated through the traditional grocery industry (chains and voluntary franchise groups), independent supermarkets, major banner convenience stores and unaffiliated independents. For the purposes of the survey, chains include any grocer with four or more stores, which means a number of independent grocers are included in our analysis, along with the likes of the big corporate chains—Metro, Sobeys and Loblaw. It’s the independent chains such as Longo’s and Farm Boy that helped boost Ontario’s chain sales figures by 9.3% last year. 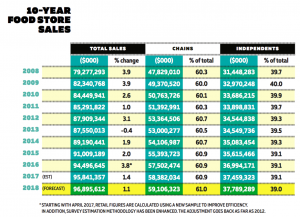 Looking at the grocery industry at a national level, chain supermarkets and major banner convenience store chains increased their dollar sales by 1.5%. They managed this despite a slight reduction in the number of supermarkets (eight fewer) and also a decline in convenience stores (35 fewer) last year.

Voluntary group stores, which are primarily franchised grocers, increased in number by 10 stores in 2017. This appears to be mainly from former chain stores being converted to franchises. As a result, over- all sales of this group grew by 1.7% last year.

Unaffiliated grocers also saw a boost in store numbers (by 50) during 2017. This growth, however, was not reflected in sales, which dropped by 3.3% in 2017 to $3.1 billion. Unaffiliated grocers are independent operators, including many small mom-and-pop type stores that have no permanent affiliation with a wholesaler.

The full Market Survey is published in the February issue of Canadian Grocer, which is available online.